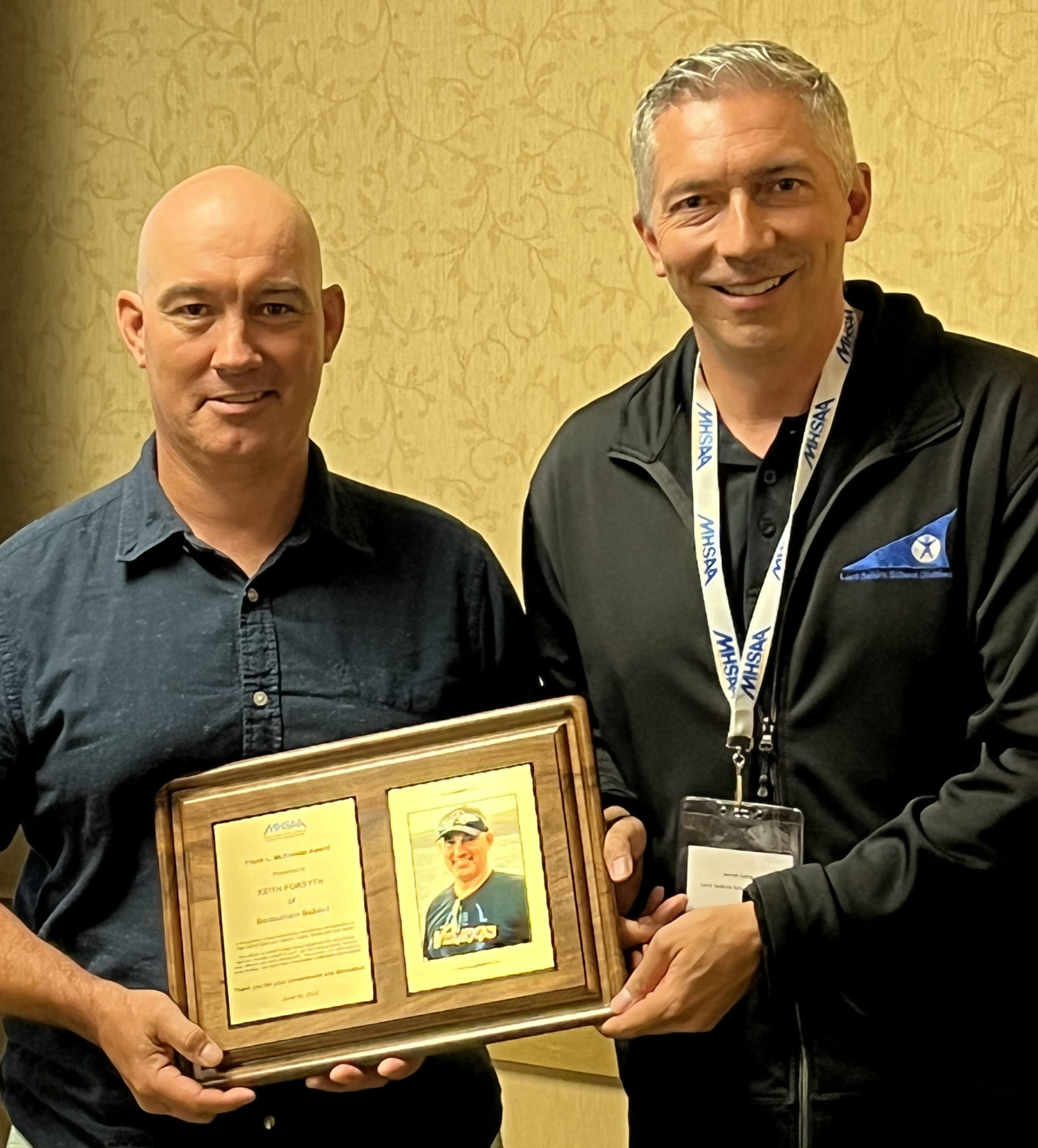 Keith Forsyth, a retired teacher from Boissevain, was recognized for his outstanding contribution to high school athletics.

“Growing up athletic was my number one priority in life, so when I came to Boissevain I asked her what I can train for? Obviously hockey would be a good fit for me but Brad White and Greg Cameron were already doing it so I said what should I practice and they said how about basketball. So I didn’t know much about it, so I assumed it.”

He influenced many students, and although basketball was his most time-consuming sport, MHSAA said it was his willingness to help others in so many ways that made Keith stand out. Aside from coaching other school teams, he served on several committees and was a leader in Zone 9.

“Al Stewart was a coach at the time and I worked with him for a couple of years before taking over. There were certainly times when I didn’t know what was going on on the pitch. It’s taken a lot of videos and I’ve asked a lot of questions to people who know basketball and it probably took me five or six years to feel comfortable,” Forsyth said.

His teams have been successful at both the zone level and the provinces. “The most important thing was that I had children who wanted to play. When I said we train Monday and Wednesday and play Tuesday and Thursday and go to tournaments Friday and Saturday, they jumped right in and the kids shopped and never said we played too much. The big thing is we tend to work harder than most teams.”

Keith Forsyth devoted time and effort to making Boissevain School a better environment for the students.

“The most rewarding thing was making a difference in the students. The wins and the losses are one thing, but the fact of the matter is that I hope I’ve had a positive impact on a lot of students. That makes me feel good. I’ve spent 25 years at Boissevain School and when you’ve helped one person that’s great and I think I’ve done that and that’s what makes me most proud of what I’ve done at the school.” he said to Forsyth.

“It’s nice to know that your peers think enough of you to present you with something that reflects the sport over a longer period of time.”