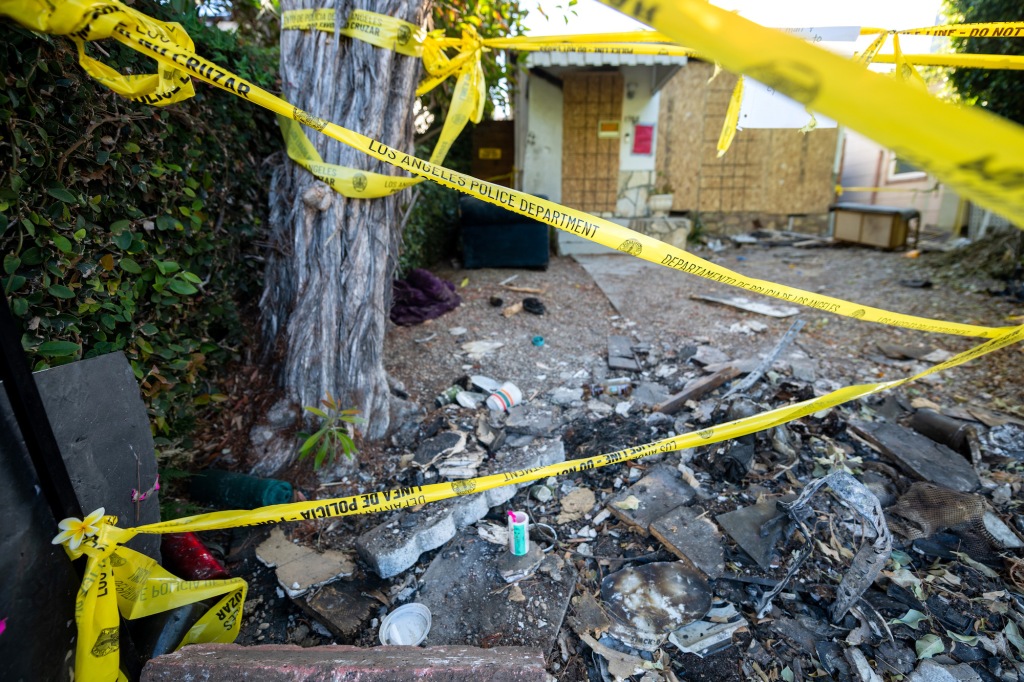 The woman who was inside the Los Angeles home actress Anne Heche crashed into in early August is suing the actress’ estate for at least $2 million, according to court documents.

Lynne Mishele “was working from home when she was stunned by the dramatic force of Heche’s vehicle slamming through the front wall and through the living room, kitchen, home office and main room closet before moving in in the laundry/storage room of his home,” the lawsuit states.

His home was destroyed in a fire and Mishele now suffers from acute anxiety and depression, according to the complaint,

After the accident, Heche suffered a “severe anoxic brain injury”, depriving his brain of oxygen, among other serious injuries from the accident. She died days after being taken off life support.

“As the media focused their reporting on Heche’s condition, the incident of August 5, 2022 left the applicant completely traumatized, unusually startled upon hearing loud noises, plagued with nightmares and flashbacks of the incident, terrified of walking outside and, moreover, without a place to live,” the complaint states, adding, “As a direct result of Heche’s outrageous conduct and unlawful acts, the plaintiff and her well- loved ones nearly lost their lives, not to mention the plaintiff also had a lifetime’s worth of her personal property destroyed in the fire.”

CNN has reached out to Homer Heche Laffoon, the executor of Heche’s estate, for comment.

The lawsuit alleges the negligence that led to the accident, the infliction of mental distress and trespass. Mishele seeks compensatory and punitive damages among other financial remedies.

The lawsuit was filed last week in California Superior Court in Los Angeles.

Heche was an award-winning actress who made her television debut in 1987 on the soap opera “Another World,” a role for which she won a Daytime Emmy. After leaving the show, she began her film career, appearing in acclaimed films such as “Donnie Brasco” and “Wag the Dog.”

Heche also appeared in films like the 1998 remake of “Psycho” and the romantic comedy “Six Days Seven Nights” alongside Harrison Ford. She also directed a segment of a 2000 HBO film “If These Walls Could Talk 2” and in her 2001 memoir she revealed her lifelong struggles with mental illness after being abused by her father.