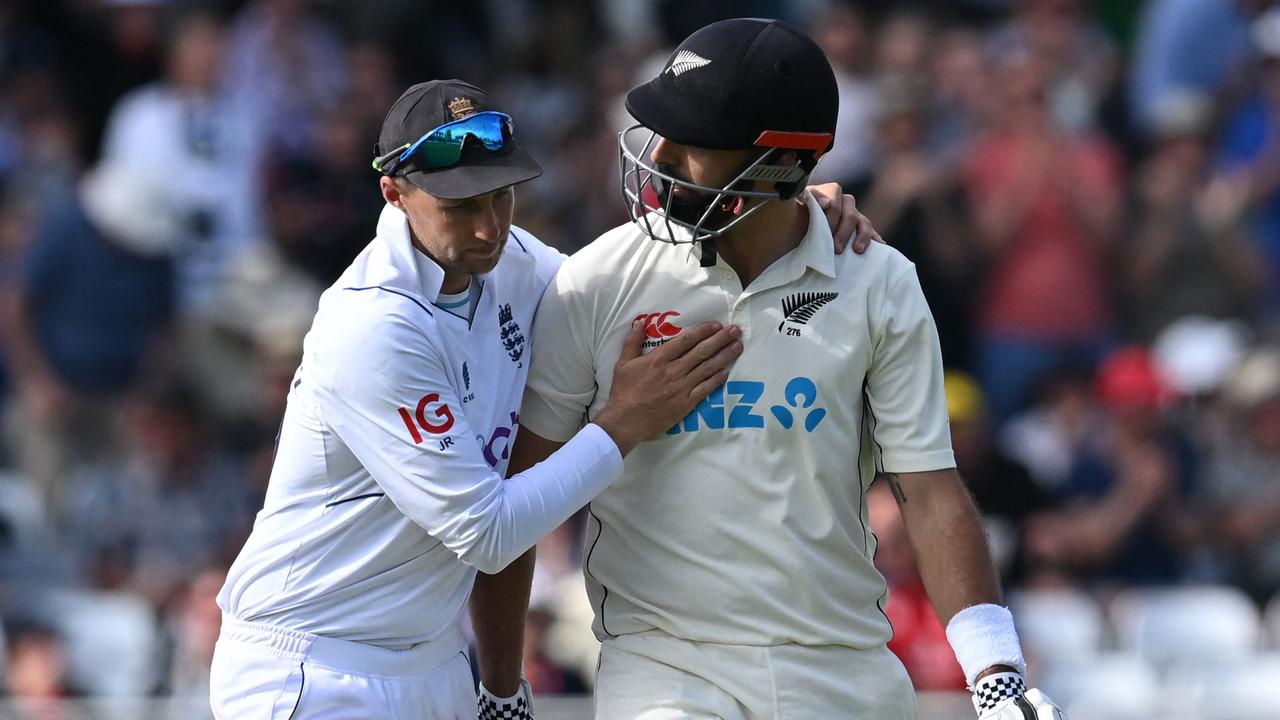 Daryl Mitchell hit a great 190 as New Zealand rallied 553 before England began to fight back on a free day of the second Test at Trent Bridge.

Tom Blundell joined the run at 106 in a 236-run fifth wicket partnership with Mitchell.

After quickly losing Zak Crawley in their response, England bounced back impressively as Ollie Pope (51 not out) and Alex Lees (34 not out) ended up leading them 90-1.

It was Mitchell’s day as a journeyman with little Test pedigree before this series took his chance further.

Six years ago Mitchell played a season for Blackpool in the Northern Premier League and scored just two centuries.

The 31-year-old batsman came to England with just one Test hundred since his debut in 2019, but he now has three after his 108 at Lord’s.

“That was the feedback”: The world champion’s devastating record of Langer’s return

Mitchell’s last century produced 318 balls, including 23 fours and four sixes, with England dropping him for the second time in the match just after hitting his ton.

“It was very rewarding to get the individual performance but also to help the guys,” Mitchell said.

“It’s cool to get a few points. That’s the miracle of Test cricket, when you get a few chances you have to make the most of them.”

New Zealand showed why they are Test champions, ruthlessly pushing home their advantage after going 318-4 on Friday.

“It was nice to see the guys out there having a good time and getting runs after a tough couple of days. We’re hoping for a big result in the first innings,” said England batting coach Marcus Trescothick.

Mitchell, who scored 81 points on Friday after being dropped to three by Joe Root, moved within range of his ton after scoring a short James Anderson delivery for a crunching four.

He brought up his century with an accidental advantage over Matthew Potts. If this was an awkward way to get to the hundred, it was out of character for the rest of Mitchell’s posh innings.

Like Friday, Mitchell went on offense against spinner Jack Leach, but at 104 he rode his luck with a high punch that was dropped by Potts as he trickled to the limit.

Blundell nudged a single from Leach to set his third Test century of 191 balls, but he was dismissed when he drove Leach to Stokes at center.

Bracewell showed no signs of stage fright as he repeatedly hit Potts to the limit before rain gave England a merciful rest.

When play resumed, Anderson put an advantage on Bracewell and Root made the catch, ending the 91-run-6-wicket partnership.

That revealed the New Zealand tail and Stuart Broad sacked Kyle Jamieson (14) and Tim Southee (4) in the same over.

Trent Boult added some lusty shots in a pesky last-wicket stand of 33 before Mitchell was caught behind Potts.

Boult produced a beautiful piece of seam bowling that left Crawley on two minds as it trimmed the edge and was held back by Blundell to leave England 6-1.

The field troubles that plagued England also dogged New Zealand when Lees was thrown into the slips by Mitchell in front of Southee on the 12th.

Pope calmed England’s nerves with an attack on Matt Henry that included two magnificent fours and a high-profile six.

Mitchell had benefited from England’s setbacks but he retaliated, knocking down Pope by 37 points from a lead over Boult.