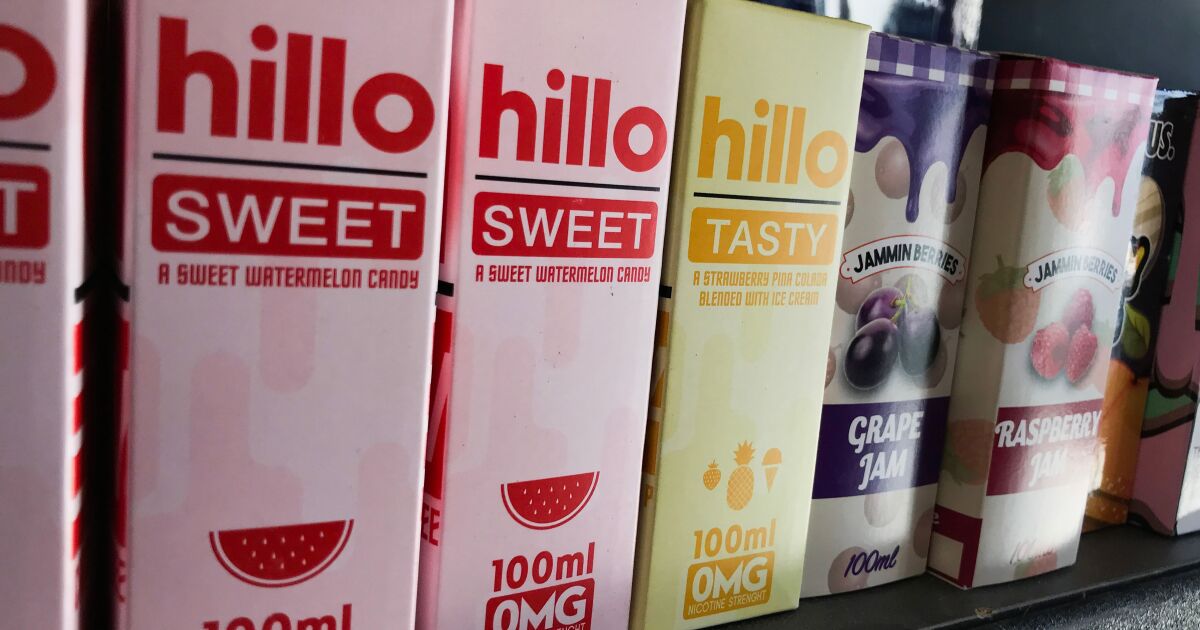 In passing proposition 31 in the Nov. 8 ballot, California voters wisely rejected a scheme by Big Tobacco to continue selling harmful flavored products that get kids addicted to nicotine.

The measure was a referendum, which is a process authorized by the state Constitution to overturn a law passed by the Legislative Assembly. The direct democracy provision was intended to give citizens a means to repeal bad laws, not to help industries protect their bottom line. Yet more companies are using their millions to try to reverse progressive policies emerging from Sacramento, raising questions about whether the system is working as it should or needs reform. .

Even when efforts to repeal a law fail, it can be a victory for the big interests that support it. For example, companies that make cigarettes and vapes spent $20 million to get Proposition 31 on the ballot, which forced the state to delay enacting the law – which passed in 2020 – until after this month’s poll in which voters massively confirmed the law. For their $20 million investment, tobacco companies gained 22 more months to sell their toxic and addictive products, generating an estimated $1.1 billion in revenue from the sale of menthol cigarettes alone.

They barely tried to make their case to voters and spent just $1.7 million on their campaign. And then just a day after the election, tobacco giant RJ Reynolds filed a lawsuit against the state seek an injunction – another attempt to prevent the law from going into effect. Between the meager campaign and the lawsuit, it seems the tobacco companies were more interested in delaying implementation of the law than in persuading voters to overturn it.

Thus, a referendum can represent a lucrative business decision for American companies: spend about $22 million for a return of $1.1 billion.

In recent years, other referendums have been sponsored by surety companies, which managed to convince voters in 2020 to overturn a law ban bail money and replace it with a risk-based system, and plastic manufacturers, who pushed a measure in 2016 to reverse the state’s ban on single-use plastic bags. (Voters upheld the plastic bag law.)

Other industries have taken notice and are paying to collect signatures in hopes of qualifying referendums for the 2024 ballot that would delay two new laws. Fast food companies are trying to block a law that could raise wages for fast food workersand the oil companies try to block a ban on new drilling projects near homes and schools. Both campaigns allegedly misled voters about the petitions they were being asked to sign.

The common denominator in all of these campaigns is an industry or big business that stands to lose money because lawmakers have acted in the public interest. Corporations are trying to overturn laws that put public health, safety and justice above corporate profits.

It is a perverse application of a system designed to empower ordinary people against corporate influence in the State Capitol. Progressive reformers pushed for the creation of the initiative (allowing citizens to propose laws on the ballot) and the referendum (allowing people to overturn laws) more than a century ago, frustrated that the railroads control the Legislative Assembly. Now corporations have apparently found a new way to get what they want when representative democracy works to help the people.

Lawmakers and advocates of good government should consider whether systemic changes would prevent abuses of the referendum process. For starters, there needs to be a better way to make sure signature collectors are telling the truth when asking people to sign their petitions. Report that signature collectors lied about petitions blocking the fast food and oil drilling laws – portraying them as efforts to raise wages and stop drilling, when in fact they would do the opposite – are extremely troubling.

Perhaps signature-collecting companies whose employees cheat voters should be banned from doing business in California for a while. Or perhaps the state should consider allowing signature collection companies to do business here and periodically review complaints against them. Could the state start a law enforcement team, like cities have code enforcement officers, who do spot checks for honesty in collecting signatures? It is worth considering.

Signature collectors are paid per signature, a practice that critics say encourages deception. Governor Gavin Newsom and his predecessor, Jerry Brown, have both vetoed bills to ban paying people by collected signature. Lawmakers should explore other ways to reduce the mercenary quality of this practice. For example, the populist intent of the process could perhaps be restored by requiring some of the signatures to be collected by volunteers.

And voters must also do their part. Only sign a petition if you have read it and agree with how it will change the law. Learn about the measurements on your ballot and vote for your values.

Direct democracy is a feature of California politics. It should not be sold to the highest bidder.