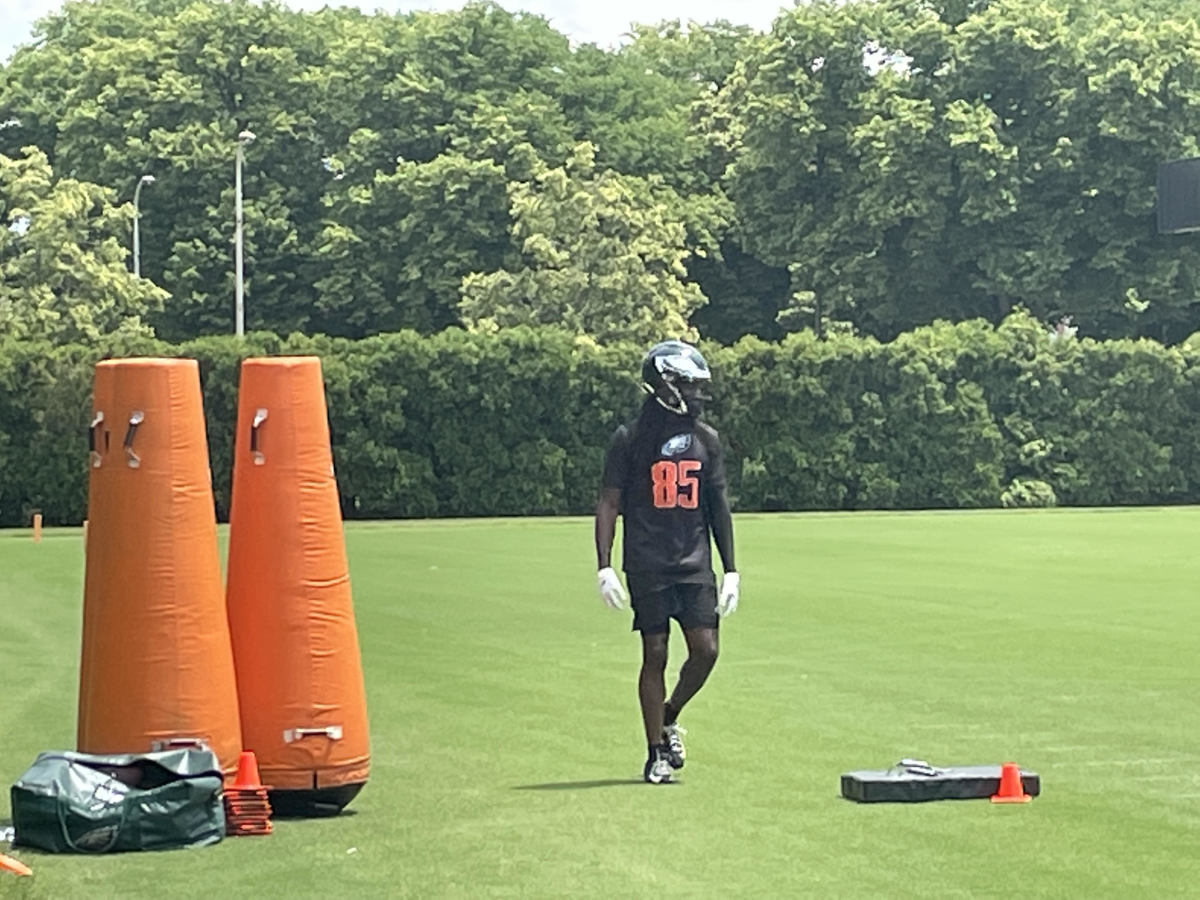 “Guys who are tough, guys who have high football character and guys who love football will reach their limits,” said the Eagles coach more than once.

I will add one more category to this assessment – opportunity.

They also need a chance to make their mark in the NFL, and that doesn’t always come naturally with players arriving with lower pedigrees, whether they be late-round draft picks or undrafted free agents.

Reporters haven’t seen much work from the Eagles on the field this spring — less than two hours total when it comes to Phase 3 of the OTAs — but there were a few young players who splashed out in 7-on-7 drills.

Naturally, the NFL offseason is not the place to evaluate the physical nature of the game, so the focus has been on the ability position players on offense and the back-seven on defense.

Here are the five unannounced players who flashed and potentially caught the attention of the coaching staff:

1. Safety Jared Mayden – Running in the third team defense behind starters Anthony Harris and Marcus Epps and backups K’Von Wallace and Andre Chachere, Mayden was able to use his big frame (6ft, 205lbs) to influence the smaller receivers when they were trying to to act in the middle of the field.

The Alabama product has an impressive PBU, while the lightning-fast but 170-pound Britain Covey struggled to find space.

Due to Philadelphia’s lack of depth of security, Mayden, who joined the league in 2020 as a San Francisco-signed and drafted free agent, has an easier route to the roster than most on this list, and he’s taken full advantage of step #1.

2. Running back Jason Huntley -You can’t judge the back until the pads are turned on from a running perspective and that will tell the story for the undersized Huntley, who has the opportunity to be the fourth RB and kick returner.

As a receiver, however, the New Mexico state sophomore stood out with his blistering speed, twice victimizing Davion Taylor, who isn’t exactly slow himself.

Huntley sped past Taylor on a bike route and then overtook an angle Taylor had on a flat drop. Taylor isn’t used to RBs running away from him so easily.

3. Wide receiver Deon Cain – The Eagles’ key receivers rotated during OTA work, so we only got to see AJ Brown, DeVonta Smith, Quez Watkins and Zach Pascal for one practice each, while Jalen Reagor missed both opportunities, potentially related to the tragic death of his former TCU Teammate Jeff Gladney.

That meant extra work for the WRs a little further down the depth chart, and the 6-2, 202-pound Clemson third-year player Deon Cain made the most of the extra volume of work and his opportunities.

The numbers aren’t looking great, but if the Eagles move Reagor, Cain could be in the mix with Greg Ward for the last WR spot. Cain is likely the better receiver, but the latter’s intangibles and ability as a punt returner will be difficult to overcome.

4. WR/Punt returnee Britain Covey – The aforementioned Covey has tremendous close-range speed and could be the Eagles’ best option as a punt returner, providing the ball security Reagor lacks and the blast Ward doesn’t have.

However, it’s hard to imagine a 53-man roster spot purely as a punt returner, and Covey’s lack of size is a real receiver issue that limits him to the slot.

5. Cornerback Mac McCain – At least a little surprisingly, McCain pitted himself against Zech McPhearson as an outside CB in second-team defense in front of long Tay Gowan and Kary Vincent, Jr, two players both Nick Sirianni and Howie Roseman would often mention in the offseason.

McCain hasn’t done anything revealing, but he hasn’t been beaten in drills heavily weighted toward offensive success either. That shouldn’t go unnoticed on defense from Jonathan Gannon, who emphasizes limited explosive plays.

-John McMullen provides Eagles coverage for Eagles Today on SI.com and is the NFL insider for JAKIB Sports. You can stream John alongside legendary sports announcer Jody McDonald live every morning from 8am to 10am on Birds 365 on YouTube.com and JAKIBSports.com. You can reach John at [email protected] or on Twitter @JFMcMullen