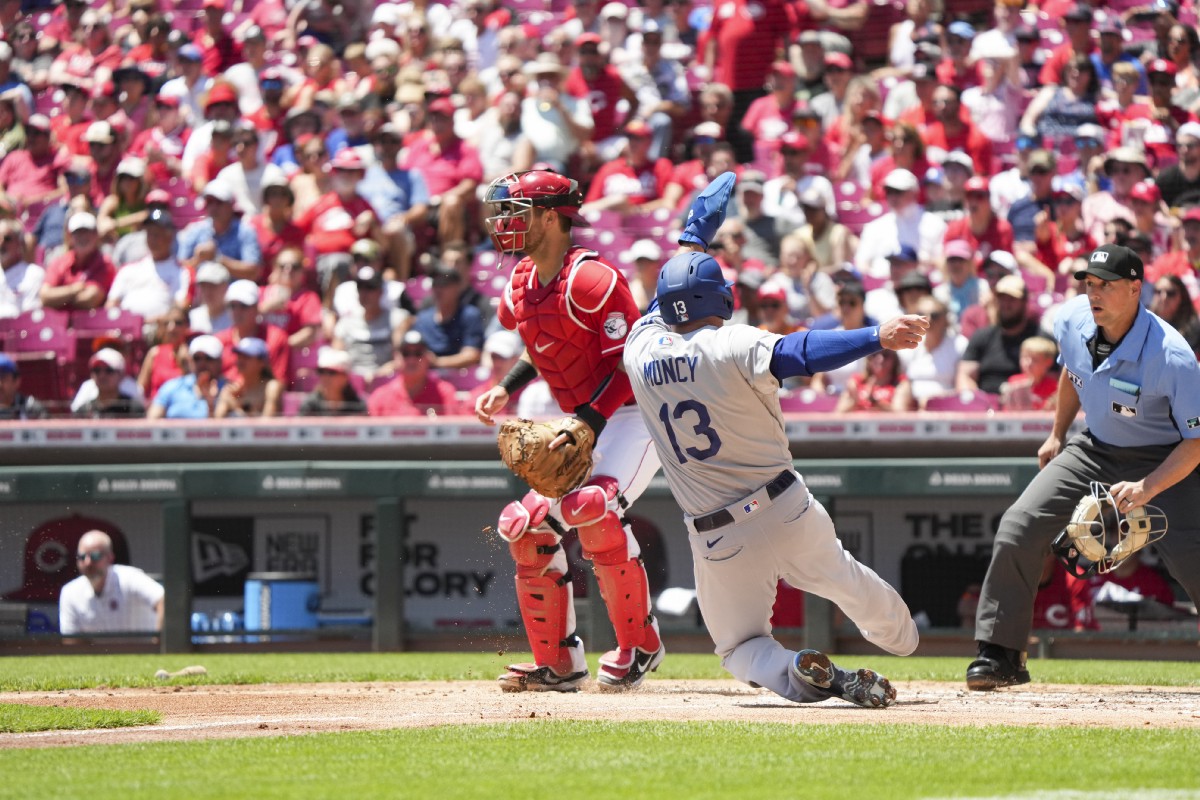 The Reds must be wondering where this scuffling Dodger offensive has gone.

The Dodgers hit 26 runs in a three-game series in Cincinnati and won the seven-game series of the season for the first time in franchise history against the Reds in a 10-5 win Thursday afternoon. They finished the streak on 42 after hitting 16 and hitting runs in each of their last eight innings in the Finals.

Freddie Freeman and Will Smith both went deep, continuing an exceptional month for the Dodger Sluggers while their teammates took to the track. Cody Bellinger, Max Muncy and Justin Turner ended Thursday with three goals each.

“This is Dodger baseball,” Bellinger said. “Not that we expect This every time, but that’s what we can do.”

The Dodgers’ five home runs – each started by a different player – marked a season high. Trayce Thompson ended the offense with a top deck shot in the ninth inning, building on a Dodger barrage that started two days ago.

After averaging 3.5 runs per game in June and 53 runs in the first 16 games of the month, the Dodgers recorded 26 RBI in three games this week alone. Ten of those RBIs came off the bat from Freeman, who slumped .396/.472/.750 in his last 12 games before returning to Atlanta.

Freeman started the volley of home runs with his eighth batter of the season in the third inning, extending Clayton Kershaw’s early lead. At the time, the 427-foot homer was the third longest of the season for the Dodgers.

That changed later in the day when Muncy netted a 434-foot homer for his first home run since hitting five runs on his return from injury on June 9. Austin Barnes (453 feet) and Chris Taylor (441 feet) are the only Dodgers to have hit a ball further this year.

It was a rewarding day for Muncy as he searched for the right mix between working on his swing and cleaning up his club travel while giving his left elbow time to heal and rest.

“We still have work to do,” Muncy said. “Nevertheless, have to continue.”

Kershaw posed with a lead after Bellinger’s sacrificial fly in the second inning. Earlier this week, the Dodgers had only one sacrificial fly all month. They had five in that series and found a variety of ways to bring runners home. Muncy, Bellinger, Justin Turner, and Trea Turner combined for 12 of the Dodgers’ 16 hits.

“It’s always nice to be on the charts,” Bellinger said.

Bellinger said he focused on staying through baseball more after feeling like he pulled too much the day before. He ambushed a 3-0 fastball from starter Hunter Greene in the fourth inning for his second and third RBI of the day, equaling Freeman’s RBI aggregate.

Justin Turner’s three-hit tag has earned him seven hits — including four doubles — in his last five games. In his last 23 record appearances, he has reached base 11 times.

The Dodgers finished their three games in this series with more hits (42) than their previous six games (41).

“Overall it feels like we’ve got a full roster going right now, which is pretty fun,” said Kershaw, who moved up to 5-1 and dropped his ERA to 2.00 in the win.

Kershaw hit seven and gave up a seven-hit run in six innings before leaving at 80 pitches. He felt he could have continued but was pleased with his progress on his third start back from the injured list.

“The first two (backstarts) were a bit limited,” Kershaw said. “Today I don’t think it would be, it just happened that way. I feel like I’m pretty good now.”

Such is the Dodger offensive, beginning to find its rhythm.

“I thought that was the best offensive streak we’ve had all year,” said manager Dave Roberts.