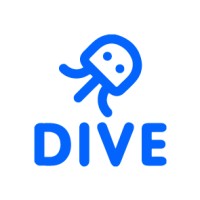 DIVE Networks is proud to announce that its campaign for The Matrix Resurrections in partnership with Twitter and Warner Brothers has just received Adweek’s Best Use of Celebrity in an Experimental Activation award. In anticipation of the release of The Matrix Resurrections, DIVE and Twitter have launched an integrated campaign to bring together franchise fans from all corners of the world.

The execution placed real-time conversations and fan excitement at the heart of a global, digital out-of-home program. This campaign authentically showcased talent, making it the first of its kind for a brand to partner with DIVE and Twitter.

“With the release of the Matrix Resurrections trailers, we wanted to share this experience with more fans in a new and innovative way, and we’ve partnered with Warner Bros and DIVE to make it happen. This global digital out-of-home campaign pays tribute to Neo’s epic story while bringing fans to the group, and we’re thrilled that Adweek has recognized its impact.” – Ged Tarpey, executive director of media and entertainment at Twitter

As part of the DOOH campaign, Keanu Reeves called for fan tweets in select cities in the US, Mexico and Japan. With an added layer of customization, the campaign strategically placed each billboard near movie theaters and featured a different set of tweets from fans living in each city.

DIVE Networks fused traditional advertising, digital advertising and social media into one campaign. Tweets from the billboards were updated throughout the campaign and those featured became #billboardfamous and received a photo of their tweet on a billboard

“Embedding talent into the Billboard creative made this the perfect combination of social conversation and the real-time capabilities of digital out-of-home. Neo-summoning tweets on the streets around the world rewarded audiences for being part of the global conversation. Congratulations to the WB team.” – Michael Girgis, DIVE Billboards