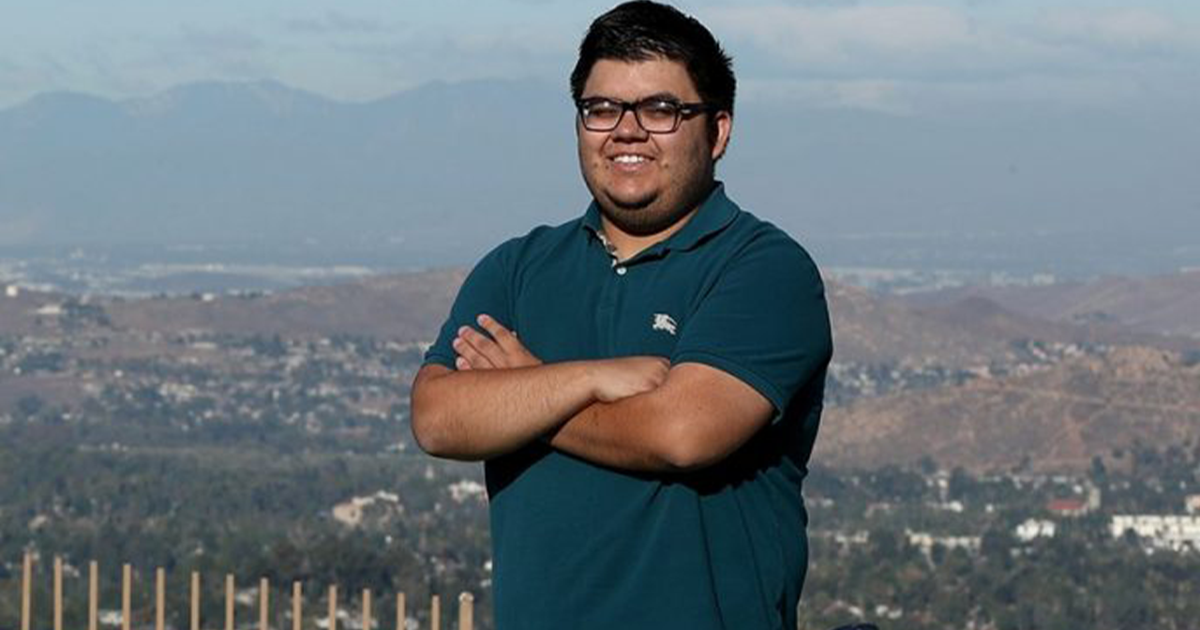 Twice a week, Araujo-Levinson departs from Riverside to make the 60-mile round trip to the Morongo Indian Reservation, home to the Morongo Mission Band of Indians, to teach Serrano language classes to approximately 100 students from kindergarten to eighth grade. . Serrano, a subset of the Uto-Aztecan language, is an indigenous Californian language believed to be over 2,500 years old.

“They say the Serrano language is ancient, that the Creator gave his language to the people,” Araujo-Levinson said. Unfortunately, it is a language that is threatened with extinction.

But Araujo-Levinson is determined to change that. A language preservation specialist with the Morongo Department of Cultural Heritage, he has learned at least 15 native California languages, all of which are threatened with extinction.

“I think it’s important to preserve these languages ​​because the history, the people’s perspective, the culture and everything like that is etched in the language,” he said. “Once he’s gone, you lose so much.”

His goal: to make his students understand the importance of learning a mother tongue in their identity, and to ignite in them “a fire and a spark to want to to be the best speaker,” he said.

For more than half of his life, the 26-year-old mathematics student has himself been imbued with a spark and a fascination for other languages. As a high school student, he challenged himself to learn 10 languages, which had the unintended and therapeutic consequence of lifting him out of depression, a condition he still experiences. Today, he says, “languages ​​and mathematics are my therapy”. A personal essay recounting his multilingualism was included in a 2016 book titled “The Bible for Language Learners and Polyglots” by Jimmy Mello.

In 2017, his curiosity about California’s native languages ​​led him to Ernest Siva, an elder, tribal historian and cultural advisor to the Morongo Band of Mission Indians. Siva’s aunt Dorothy Ramon, who died in 2002 at the age of 93, was the last “pure” speaker of Serrano, meaning it was her first language growing up. Siva and his wife founded the Dorothy Ramon Learning Center in Banning to inspire and advance the discovery, understanding and sustainability of tribal cultures.

In November 2017, Siva and Araujo-Levinson began meeting weekly, and over the next 13 months the elder became Araujo-Levinson’s mentor, teaching him the Serrano language during their one-on-one sessions. The lessons included much more than language lessons.

“At the first meeting, I realized Mr. Siva knew more about the language than I thought,” Araujo-Levinson recalls. “Whether it’s the language, the songs or the story, I learned something new at every meeting.”

During these meetings, Siva also conveyed a philosophy that Araujo-Levinson embraced and “is near and dear”. That is to say “You teach [the language] who wants to know. Of course, there are limits. For example, he explained, he would never ask Shiva about matters sacred to the culture. “But if someone wants to learn how to say hello, how to say the color blue, you tell them. I think Mr. Siva is following the example of his aunt and his elders, who shared what they knew and what they learned to keep the language alive.

Araujo-Levinson picked up the language quickly, and on Siva’s recommendation, he was hired as a Language Preservation Specialist in March 2019 and began teaching Serrano at the Morongo School, where it is a compulsory class for all students.

Stories about Siva and Araujo-Levinson’s unique relationship and their efforts to revitalize California’s native languages ​​have been featured in the LA Times, on KCRW radio, and on the Dorothy Ramon Learning Center website. And in an op-ed for the LA Times, Araujo-Levinson makes a compelling case for the importance of keeping California’s native languages ​​alive.

Looking to the future, Araujo-Levinson plans to graduate in December and pursue a doctorate. in mathematics in the field of mirror symmetry.

What is the role of language? “It will always be a hobby for me, regardless,” he said. “As I mentioned earlier about the philosophy I learned from Mr. Siva, I am always ready to help teach anyone who wants to know.”

And, after researching his own family history and discovering the story of his great-grandfather, Carmen Cisneros, a descendant of the Mixtecs, an indigenous Mexican group, he plans to study and eventually speak the language of his own ancestors.