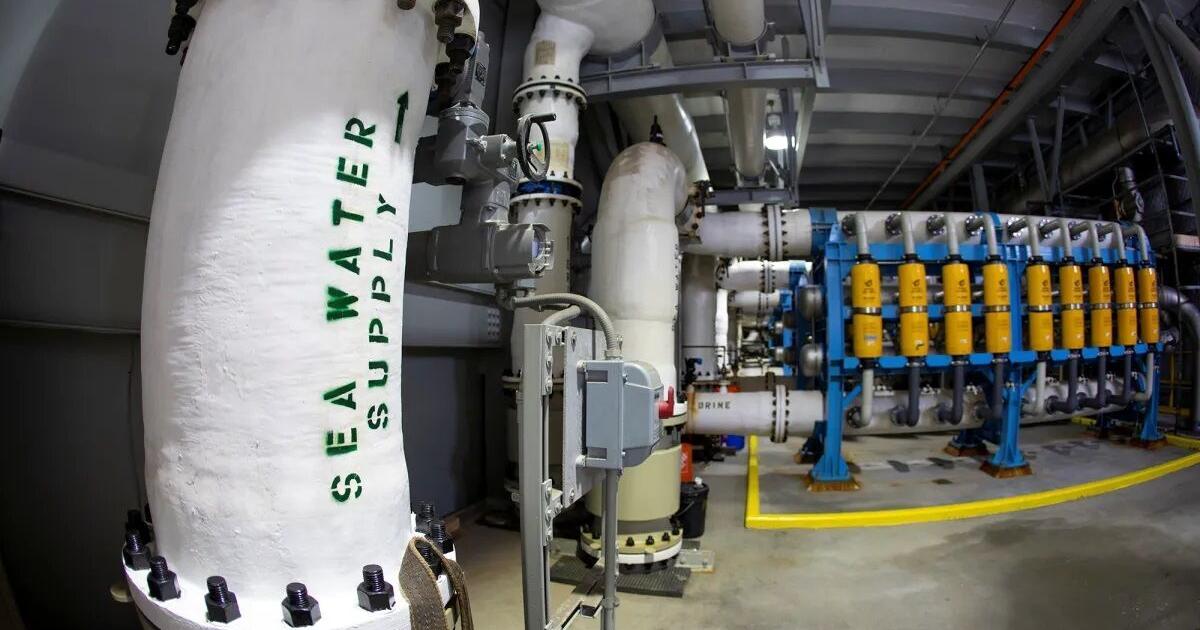 Poet Samuel Taylor Coleridge wrote these words in his 1798 poem, “The Rime of the Ancient Mariner”, to describe the plight of subdued sailors who could die of thirst while surrounded by boundless expanses of water. undrinkable sea.

In a way, it also describes the plight of California. Despite its 3,427 miles of Pacific Ocean coastline, including bays, inlets, and tidal marshes, the state has an ever-widening gap between its water demand and its supply.

Naturally, there has been a decades-long debate over whether the state should tap into this inexhaustible supply of seawater to fill the gap, emulating other arid and semi-arid societies, especially in Australia and the Middle East.

From a technical point of view, it is obvious. Desalination plants, some of which are already in operation in California, do exactly what they are supposed to do: remove salt from seawater, convert it to fresh water suitable for drinking or for any other purpose. The obstacles to building dozens of desalination plants along the coast are economic, environmental and political.

Such plants need a lot of electrical power to pump seawater, pass it through filters that remove the salt, and then return the ultra-salty brine waste either to the sea or to another process. .

A massive desalination program would place a new burden on a power grid that already struggles to meet demand on very hot days as it shifts from natural gas-fired power plants to renewable sources such as wind and solar . Desal’s electricity demand is also a major contributor to water production costs, making it more expensive, at least so far, than water from other sources.

Finally, environmental groups have generally opposed desalination projects, claiming that pumping seawater into factories and returning brine to the sea risks damaging delicate marine ecosystems. But the groups have another tacit reason for opposition. The restricted water supply has been used as a tool to oppose new residential developments and the increased water supply undermines this political tool.

Together, all of these points were cited in the California Coastal Commission’s rejection of a highly controversial desalination project at Huntington Beach in Orange County earlier this year. The plant would have been a near-clone of a desalination facility at Carlsbad, further south along the coast.

At the time, that seemed to spell the end of desalination expansion in California — something Gov. Gavin Newsom’s administration is considering in its overall plan to close the gap between demand and supply as change climate and semi-perpetual drought diminish traditional supplies of winter rain and snowfall.

However, last month the Coast Commission approved another Orange County desalination project, which would use a somewhat different technology to pump seawater and dilute the remaining brine before returning it to the sea.

Environmental groups have given their blessing to the Dana Point project, which has made a big difference in the Coast Commission’s attitude, as has the fact that it is only a tenth the size of the Huntington Beach project and that it would only serve local customers in the South Coast Water District.

The approval was an indication that desalination could, as the state water body envisions, play an important role in California’s water future, which will be very different from its bountiful past.

That said, desalting probably wouldn’t be the magic bullet for unlimited supply that some had hoped for. It would be more of a reliability factor, something Californians could rely on when traditional supplies are in short supply.

CALmatters is a public interest journalism company committed to explaining how the California State Capitol works and why it matters. Dan Walters has been a journalist for nearly 60 years, spending most of those years working for California newspapers.