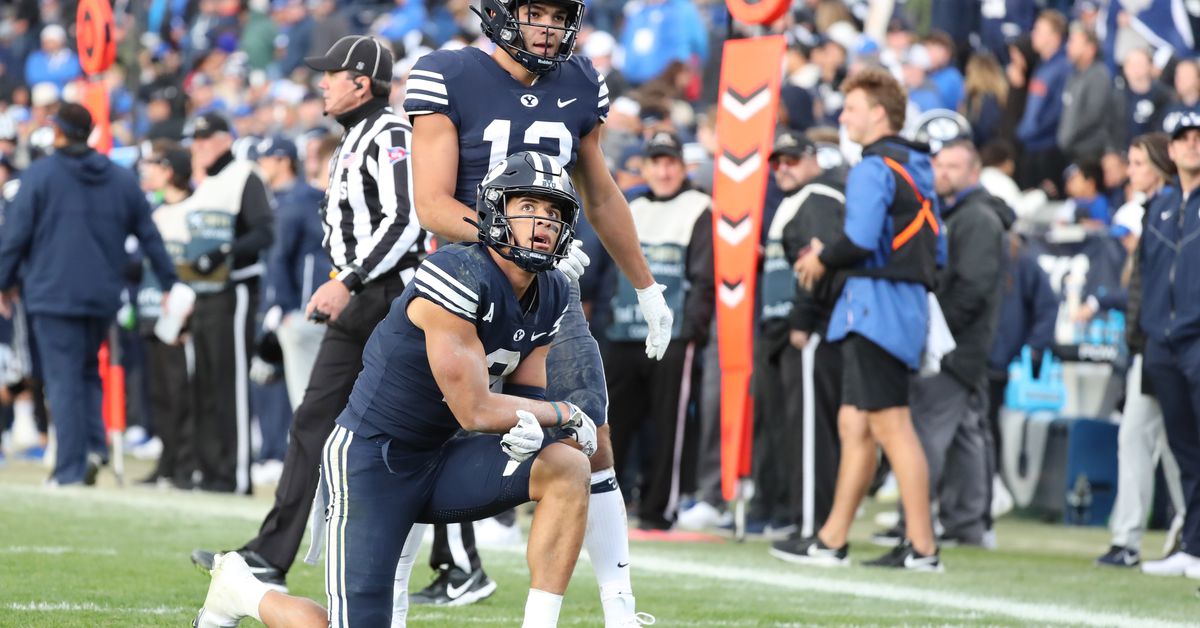 Starting next season, BYU will enter a new, exciting era of football. Though it seems like the rift between the SEC+B1G and the rest of the country seems to be widening, BYU finally has a home in the sport’s power structure. It’s good. While this will result in a massive increase in revenue, recruitment, and resources, there is one massive consequence of our new conference affiliation that we should probably brace for: more frequent daytime play. This is bad.

“You’re not in the afternoon anymore!” And get well soon. Nobody likes to cook in the sun when it’s hot outside. While you’re locked in a third and short way, your kids or other family members are complaining and asking when it’s time to leave.

But the truth is, the sun isn’t the only thing that sucks about daytime games. Since the start of the 2019 season, BYU has been 9-10 in games kicked off before 6 p.m. local time. It’s 21-1 in all other games during the same span.

Ten of the 11 losses BYU has suffered since 2019 have come in games kicked off before 6 p.m. local time. It’s easy to assume that this is because TV decision makers wanted the better matchups to air earlier, but that wasn’t the case. BYU played four ranked teams before 6:00 p.m. and six ranked teams after 6:00 p.m., but we’ll cover those games a little later.

Now for the nine teams BYU has beaten in day games since 2019:

In just four games against ranked opponents in games kicked off before 6 p.m., BYU is 1-3. BYU earned an overtime win over #24 in USC but fell a yard behind #14 Coastal Carolina and was blown out by #22 Washington and #25 Oregon. However, BYU has dominated matchups against ranked teams on the night with victories over No. 14 Boise State, No. 19 Boise State, No. 18 Utah, No. 19 Arizona State and most recently No. 9 Baylor. The only ranked team to beat BYU overnight came against #14 Utah in the first game of the 2019 season.

When all is said and done, BYU just plays better at night. It’s hard to know why that is, but it is. And it might be something to keep an eye on as kick times against #10 Arkansas, Liberty, Boise State and Stanford are announced in the coming weeks.