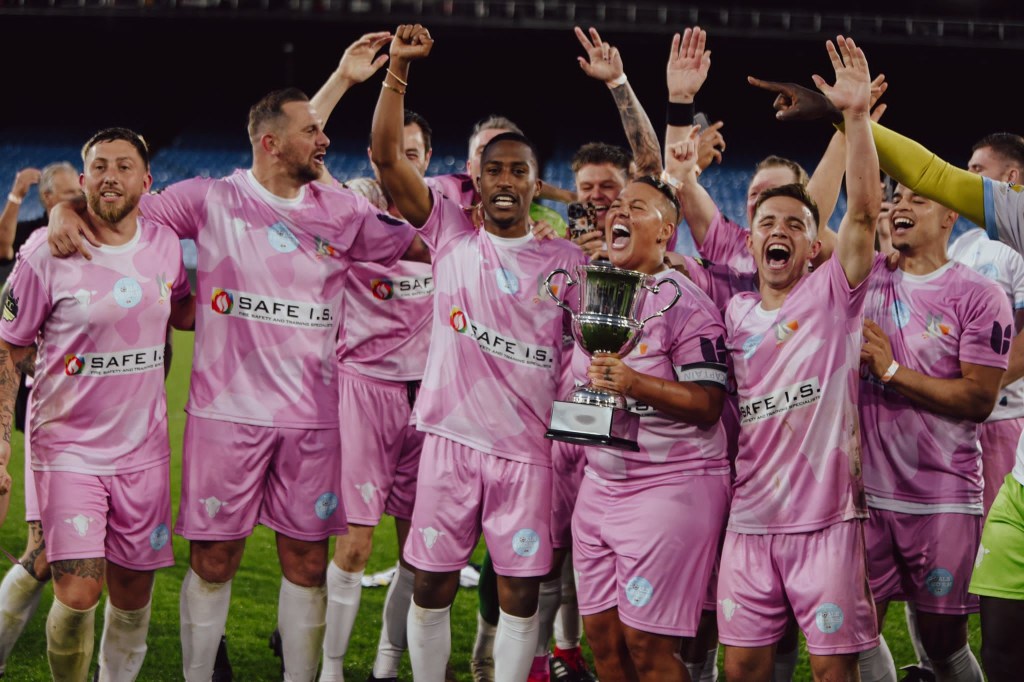 Celebrities and ex-footballers took part in the Goals 4 GOSH tournament, which saw the Palace Pelicans meet the Crystal Koalas – the teams who took their names from wards on Great Ormond Street.

The Pelicans won the game 4-2, but the real winners are the young patients on Great Ormond Street.

The big match was preceded by a TikTok tournament – featuring some of the platform’s biggest names like Cal the Dragon, Shaun Nyland, Dan Spragg, Connor Kern and Paddy Murphy – and a kickabout between local schools and ex-pros.

Goals 4 GOSH was the brainchild of Jamie Groves, Regional Development Director at Funeral Partners, and was staged with the support of other funeral directors in south London.

“Not only did we have two great teams of players, but we doubled the number of people who came out in support this year with over 1,000 spectators. The audience created a great atmosphere and cheered on both teams.

“I got some great feedback from the players saying how much they enjoyed the game played in a great mood. Although there were some flying duels, we managed to get through the 90 minutes without injuries and with lots of smiles.”

Mascot moves: There was plenty of entertainment for viewers at Goals 4 GOSH

Marina Barnes from GOSH charity said: “We are so grateful to everyone involved with Goals 4 GOSH this year for raising such a fantastic sum to support the GOSH charity.

“Thanks to the generosity of the star-studded squad and all those who bought tickets and took part in the raffle and auction, the money raised will make a huge difference to critically ill children from across the UK being treated at Great Ormond Street Hospital. “

Money from ticket sales, plus a raffle and auction held that day, could help fund research into groundbreaking new treatments for children, provide cutting-edge medical equipment, fund support services for children and their families, and provide support for the necessary remodeling and the rehabilitation of the hospital.

News, views and analysis about the people of Croydon, their lives and political times in London’s diverse and most populous borough. Based in Croydon and edited by Steven Downes. To contact us please email [email protected]