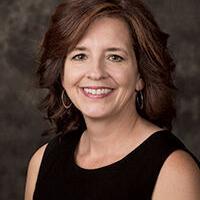 Over the years I’ve met or interviewed many famous people, either because of their investments in franchising or because they’ve been keynote speakers at our various conferences. Let the name drop begin: comedians Jim Gaffigan and Dennis Miller, news anchors Chris Wallace and George Stephanopoulos, NBA greats Bill Walton and Jay Williams, Hall of Famer quarterback Brett Favre, celebrity chefs Bobby Flay and Tom Colicchio, travel guru Rick Steves, astronaut Scott Kelly and more. One of my favorites was Henry Winkler. What kid of the ’70s wouldn’t want to meet The Fonz?

Here’s what we’ve learned over the years: some celebrities have taken their immense salaries and invested in the industry or lent their names to franchise marketing campaigns. Conversely, franchisors have found that celebrities are often good investors as well as spokespeople.

We’ve interviewed numerous celebrities in this issue, including Editor-in-Chief Laura Michaels, who caught up with 2 Chainz, the famous rapper and the subject of this month’s cover. He was hired by cult hamburger chain Krystal Restaurants to give the brand a shot.

“It’s an identifiable brand that needs to be restarted,” 2 Chainz said. “It’s part of my community. It was obviously a part of my household early on, before I started moving on and having my own personal chef.” (Who among us doesn’t have our own personal chef?)

And while 2 Chainz has a stake in a QSR brand known for its hamburger sliders, he’s also what we’d call the head of a burgeoning franchise: He co-created and invested in a restaurant concept in Atlanta that is now has three locations and is contracted by a franchise agreement.

And that’s also worth noting: part of the allure of franchising is the concepts that emerge, and there are plenty of those in this month’s release: Enter stage left BoConcept, the furniture design brand founded in Denmark. Franchisee Carlos Salamonovitz told FT editor Callie Evergreen, “I consider myself lucky because what I do every day is my hobby.”

I think I’m pretty good at putting together a charcuterie board, but obviously there are professionals who do it for a living. FT Editor-in-Chief Beth Ewen reports on Graze Craze selling ultimate charcuterie. The concept, which recently received a majority stake from United Franchise Group, has sold 150 locations and is expected to open 50 by the end of 2022.

Then there’s Freddy’s Frozen Custard & Steakburgers franchisee Kyle Gerstner, who signed a 25-unit development deal with Rock N’ Roll Sushi, a concept launched in Mobile, Alabama of all places. Gerstner told FT Senior Writer Matthew Liedke, “Who knew sushi was from Alabama? But they’re killing it in the Southeast, and I think there’s something to it.”

Whether it’s a celebrity or perhaps a new brand that could one day become a star, Franchise Times puts them in the spotlight here. We’re not paparazzi, but we’ll chase a good story when we hear about it.