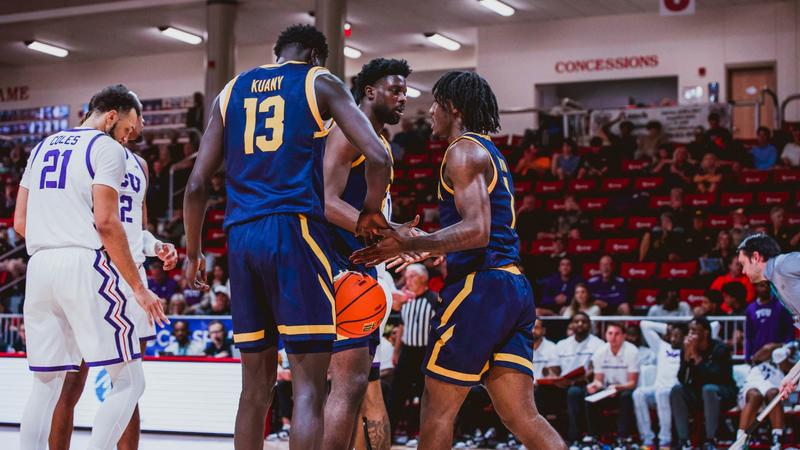 NICEVILLE, Fla. – California performed defensively but committed 19 turnovers in a 59-48 loss to TCU at the Emerald Coast Classic on Friday night.

The Golden Bears couldn’t get closer than six points in the second half despite holding TCU (4-1) to 39.3% shooting from the floor and just 17.6% from 3 points. It was the Golden Bears’ sixth straight loss to start the season and dropped them in a third-place game with Clemson at 1 p.m. PT Saturday.

“I thought we created the style of play that we wanted to create,” the Cal head coach said. Marc Fox said. “(But) we gave up 14 offensive rebounds, which was a major concern early in the game…(and) on the offensive side with 19 turnovers, you just can’t win that way.”

It was a back-and-forth affair for the first five minutes before the Horned Frogs took the lead definitively on a second-chance lay-up from Eddie Lampkin with 14:47 remaining in the first half. After a lay-up by Joel Brown brought Cal within a point, 17-16, the Bears missed their next eight shots over a span of six minutes and eventually went into intermission with a 27-21 deficit.

Mike Miles Jr. scored a career-high 23 points and nine rebounds for TCU when he returned to the field after missing the last two games.

Cal will quickly switch gears to face Clemson (3-2) in the third-place game at the Emerald Coast Classic on Saturday afternoon. Tipoff is scheduled for 1:00 p.m. PT and the contest will air on FloSports. The Tigers lost 74-71 to No. 25 Iowa in Friday’s first semifinal.