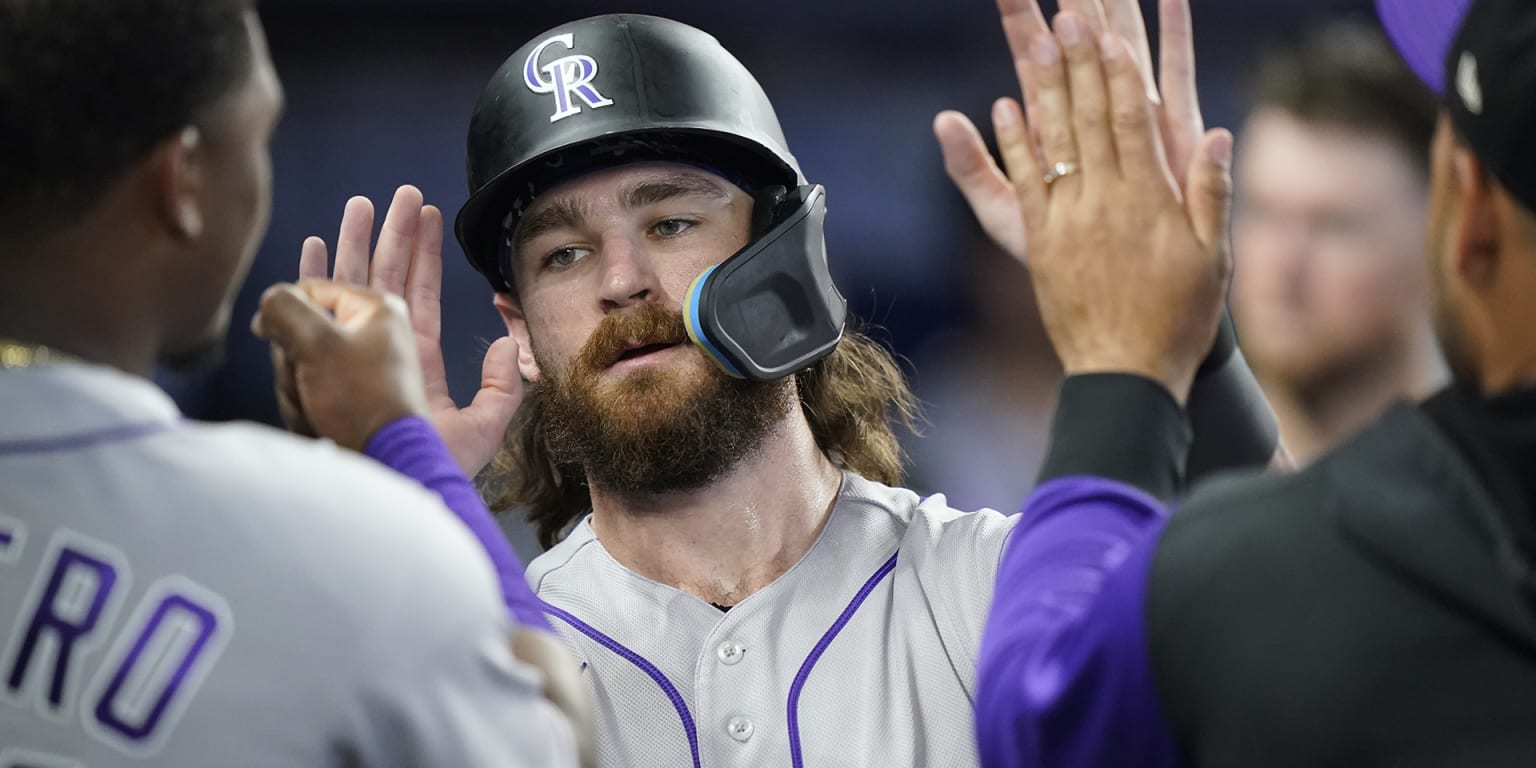 MIAMI — For Colorado second baseman Brendan Rodgers, the Marlins just have something. After a slow start to the season — he hit .078 in 14 games in April — Rodgers has bounced back strongly.

The first big sign of the rebound came as the climax of his outstanding corn, in which he hit 0.347. After his first three-homer game on June 1, also against the Marlins, Rodgers was named NL Player of the Week. After his 4-5 performance in the Rockies’ 3-2 loss in the series finale Thursday afternoon at LoanDepot Park, it seems possible Rodgers could have another weekly honor.

A Florida native, Rodgers had his family and friends in the stands at all three of Colorado’s games in Miami and visited them on the field during batting practice before the first two games of the series.

Despite the Rockies being swept for the fifth time this season, Rodgers put on a clinic, going 6-for-13 with two triples (his first three-of-the-season), three doubles, three RBIs and a walk. His Thursday performance was his first day of four hits, despite having ten three-hit games in his four-year majors career.

“I knew what I was doing wrong, I was just getting a little big, a little too aggressive,” Rodgers said of his struggles this season. “I came back to myself in this series, just stayed on the ball and used the whole field. And then I know I’m doing the right thing.”

All four of Rodgers’ shots on Thursday registered as hard-hit balls. His single was the softest he hit, and even that had an exit speed of 97 mph. Rodgers’ three other hits all had an exit speed of at least 101.3 mph. Manager Bud Black was impressed by that power as well as Rodgers’ Using the whole field: He smoked his first double into the left field corner while his other double and triple went into center field and his single into right field.

It all comes back to what Rodgers mentioned after the game — if he’s hitting well and feeling good on the plate, he’s using the entire field.

After his five extra base hits against the Marlins in that series, Rodgers boasts .720 OPS while batting .413. Restricted, the 25-year-old has a .467 slugging percentage in his last seven games, and that’s without home runs at the stretch. His batting average also rose to a .255 after Thursday’s outing from a .243 upon entering the series.

To bolster his performance on the plate, Rodgers showcased his athletic ability at second base. On Wednesday, he put the tag on a throw from backstop Elias Díaz to catch Jazz Chisholm Jr. stealing in the first inning. He then made an incredible jump catch for the final from the eighth inning, covering 95 feet before sprawling just inside the first base foul line.

To make the series even more interesting for Rodgers, he was mocked by some fans he may have played against growing up north of Orlando. He didn’t notice the negative chants during Tuesday’s series opener, but Freeland did, and he pointed out a group of 20-something boys in foul territory along the right field line who had chanted only during Rodgers’ at-bats.

“[Brendan’s] will be a special player,” Freeland said on Thursday. “We saw a good chunk of that last year when he dropped out of the IL and the same this year after he got off to a somewhat slow start. If he rolls, he’s on a roll for a long time. He’s a special player in the box and on the field.”