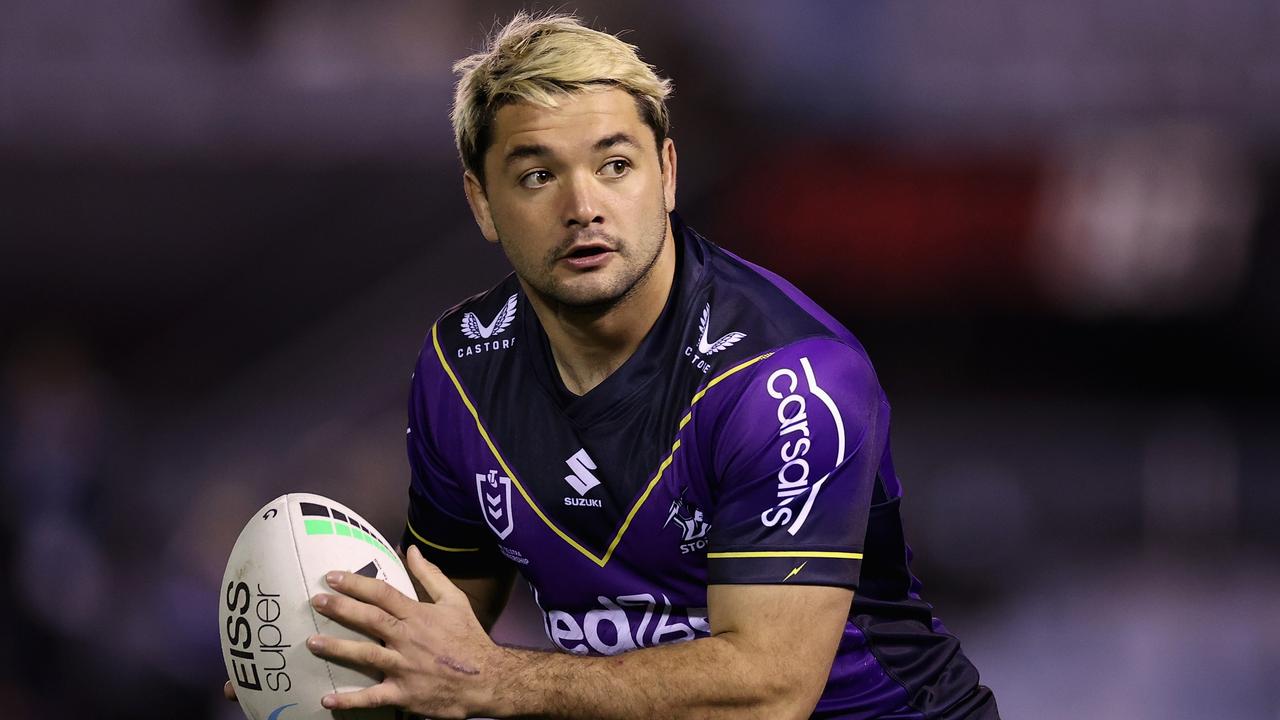 Brandon Smith has missed more than playing time after a three-week suspension, with the Storm star revealing he has been banned from training with his team-mates.

Smith received the suspension after calling Adam Gee a “cheating bastard” during Storm’s shock loss to the Sharks last month.

The 26-year-old was immediately thrown into the bin for 10 minutes and later pleaded guilty to charges of inconsistent conduct.

But the NRL’s punishment was not the end for New Zealand Test Rake, who have since had to train outside of the main squad.

In the unusual relegation, Smith has been training with the fitness trainer throughout the lockdown.

Stream every game of every round of the 2022 NRL Telstra Premiership season live and ad-free during gameplay on Kayo. New to Kayo? Start your free trial now >

DEADLINE DAY: Assess your club’s mid-season moves as the frenzy shakes up the title race

‘MORE PREFERRED FOR LESS MONEY’: Sheens backs Brooks to stay with Tigers at a reduced price

“I think it was just some kind of punishment for not putting the team first.

“It was pretty tough and a bit tedious.

“Getting up early and working out alone gets pretty boring.

“But being able to hang out with the guys now makes me a lot more grateful to be in a team sport.”

Smith believes the club tried to send him a message by banning him from training for those three weeks.

“Just making you feel guilty for your actions by taking away what you love most,” he said.

“And for me with Footy that means playing with my mates and my friends and enjoying it.

“They kind of took that away from me and it sucks.

“I have to hang out with the fitness trainer and he’s not that much fun either.”

Smith is available to return for Melbourne in their crucial Friday night clash with the Gold Coast Titans at AAMI Park.

The Storm sit in the top four after the win but are level on points with the Broncos and sixth-placed Eels.

“It’s been a weird old year for all of us, we have heaps of injuries.

“It’s no surprise that it’s going to be a bit difficult this year.

“We lost Welchy (Christian Welch), Reimis (Smith), George (Jennings) and Paps (Ryan Papenhuyzen) for the season and that’s four of our best 13.

“We have numerous other injuries and those are excuses but I’m willing to make those excuses now because we’ve had about 16 pretty bad injuries this year and we only have a 26-man squad.

“We’re still fourth, which is crazy, we were able to hold our own in the fight.”