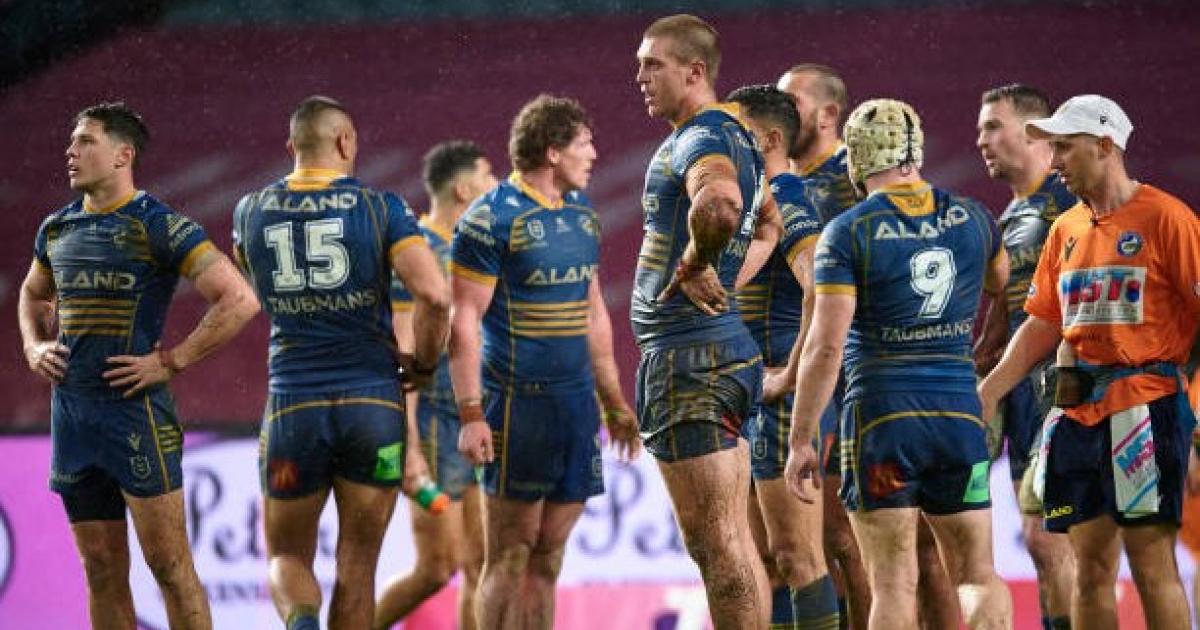 Brad Arthur has claimed his men are “not playing well as a team” after suffering yet another comprehensive defeat in their season of inconsistency.

“In different weeks we have different guys who own their jobs,” a frustrated Arthur said in his post-game press conference after the Eels lost 30-12 to South Sydney.

The Bunnies took an early lead thanks to great wing play from Alex Johnston. Before Isaiah Tass allowed Jai Arrow to continue his dream start, the youngster plucked a kick out of nowhere and unloaded to the Maroons up front.

Clint Gutherson put the Eels back in play when he scored from close range, but a Johnston interception right at half-time led to the break.

In the second verse, the Rabbitohs methodically worked their way through their sets, kicking corners while regularly pinning their opponents in their own half. It was a tactic Arthur claimed his side had no answers to.

“In every set in the second half, we started our own try line,” he said.

Jason Demetriou’s men were finally rewarded as the Eels dropped the ball coming out of yardage and Campbell Graham then set up Jaxson Paulo for a try in the corner.

“I think we made nine mistakes outside of our red zone so we gave them opportunities,” said Arthur.

“Because of our mistakes, we gave them kicks with good ball or attack jabs while ours just tried to kick him out of a tight spot.”

Latrell Mitchell heralded his return to action when he charged over the top of Reed Mahoney before moving away from Parramatta’s defense. Damien Cook eventually benefited from the full-back’s work as he sprinted under the post.

Gutherson slipped through to get his second of the night. But it was too little, too late, as Parramatta’s efforts to compete proved her undoing once more.

“We just don’t play well as a team every week,” admitted the Eels manager.

“I just feel like we need 17 players all doing their jobs and we don’t get that every week.

“It has to be individual accountability. You have to want it.

“I don’t see any shortcuts in training during the week. We have to work together,” he added.