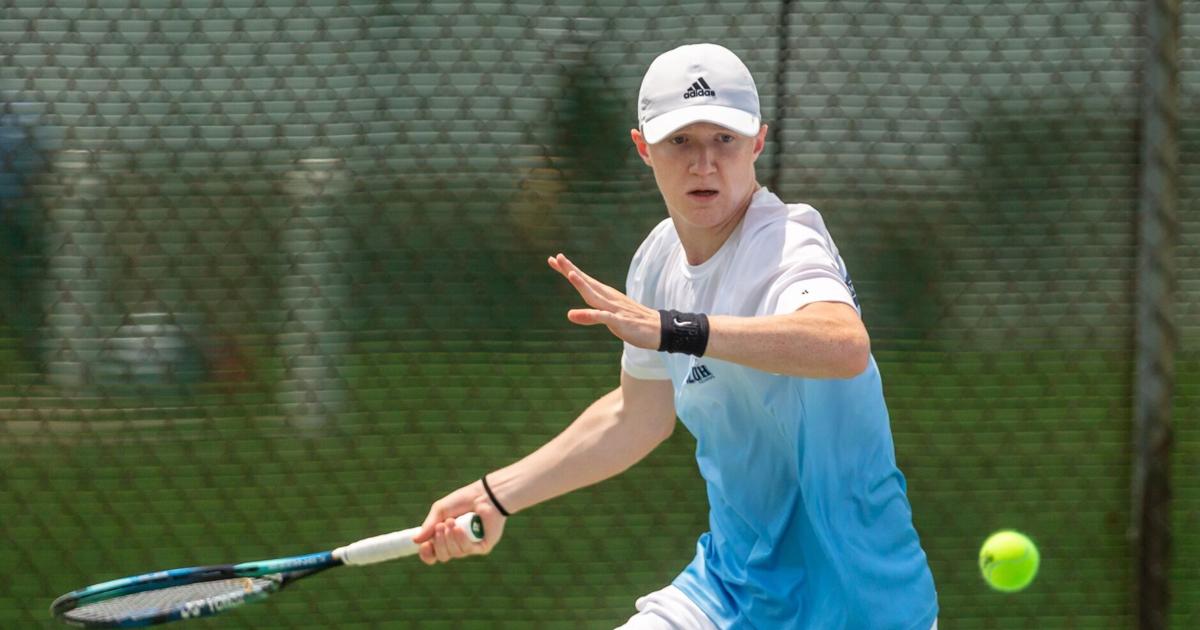 “There are a lot of good sports out there,” the recent graduate of St. Louis University High School said by phone Thursday.

That’s encouraging to hear because it’s easy to forget these days. Good sport and good at sport can be hard to find.

Some of the world’s most famous golfers are funding their bank accounts with blood money from LIV Golf. A Cleveland quarterback’s massage misconduct has become the latest negative story to stain The Shield. Give it a day or two and there will be another scandal to make headlines.

All the more reason to make sure Tettamble gets his headline.

As the wide world of sports often seems so determined to steer between the low road and the ditch beneath, the recent group of young high school seniors selected as recipients of the 2022 Carl Fricks Sportsmanship Scholarships can and should inspire. The athletes selected and endorsed by the St. Louis Sports Commission’s Young Professionals Group, the Sports Commission Associates, deserve our recognition and praise. And as always, they can teach us a thing or two.

Tettamble says his mother Ann taught him right and wrong, usually while he was at the family dinner table. It was transferred to the tennis court where the new University of Tulsa tennis player showed off his athletic and winning partner.

Tettamble ended a perfect season last month with a Tier 3 Individual Championship, avenging a second-place finish the season before. In his senior year, he went 27-0 and lost just 10 games in his four state tournament games. The four-year-old varsity SLUH captain twice won the St. Louis Sportsmanship Award for the Missouri Valley Chapter of the United States Tennis Association. The addition of a Carl Fricks Sportsmanship scholarship for first place secured Tettamble $15,000 to use towards his college education.

Tettamble gained notoriety during his high school career as a player who would call out his own ball when he was halfway in and play an opponent’s ball as if it were anywhere near. He helped an injured teammate off the field during a game. While on his way to winning his state championship, a linesman told SLUH tennis coach Gerry Schneller that Tettamble was the most honest player the judge had encountered. Schneller wrote in his letter of recommendation to the St. Louis Sports Commission that Tettamble made coaching worthwhile. And how about this one? At a tournament in Orlando where a paperwork left Tettamble and a doubles partner was wrongly disqualified from the competition due to an error by tournament officials, Tettamble passed on an invitation to withdraw and join another potential teammate he would have been cleared to join. He didn’t want to abandon his original partner when the situation was resolved.

“In a sport characterized by individuality, Gus has chosen to be a team player,” read another letter of recommendation. “It’s not often that someone looks up to their younger brother, but I do it proudly. Gus is a young man who is wise well beyond his years. I admire him for his honesty, integrity and courtesy.”

This was written by Ollie Tettamble, Gus’ big brother.

Congratulations to Gus and his classmates on the 2022 Carl Fricks Sportsmanship Scholarship.

John Burroughs hockey captain Anyi Sun (who also plays lacrosse) received a $5,000 scholarship for sportsmanship she displayed to teammates and officials during her high school career.

The following grantees received $1,000 each.

Lift For Life Academy basketball co-captain Taylor Brown was pushed by an opponent during a heated moment in a game and struck up a conversation with that player after the game that ended in a hug.

Collinsville basketball co-captain Matthew Clark mentored a teammate who needed some help controlling his emotions on his court.

While the sports headlines may seem difficult to read, good sport – and good sport – can be found in the squares and fields near you. That’s worth celebrating.

Get local news in your inbox!