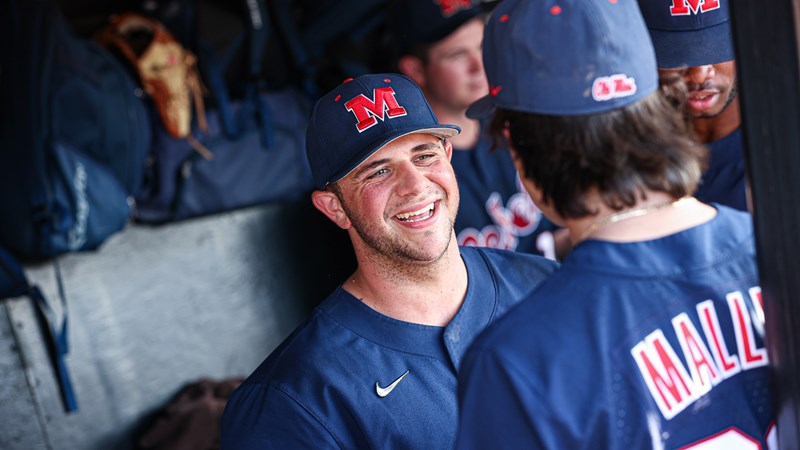 HATTIESBURG, Miss – The head of the sixth started harmlessly with a pass Peyton Chatagnier in game one of the Super Regional on a sweltering day in the deep south. Seven runs later in the same inning, Ole Miss led by 10.

After Chatagnier’s free ride, CalvinHarris isolated and there were two on board. Justin Storm replaced USM starter Hurston Waldrep at this point and the hits kept coming. Actually one Garret Wood Go loaded the bases. To justin banks was hit by a pitch, Tyler Stuart came in to relieve Storm and the Rebel lead was 4-0.

Then more Rebel runs came home than Jacob Gonzales got an RBI single, Tim Elko a two-RBI double and Kevin Graham a two-RBI double. To Kemp City Council The Golden Eagles (47-18) were beaten for the first time and brought in Drew Boyd for Stuart. Later in the inning Hayden Dunhurst singled to the right to score Graham and seven runs were on the books in the frame.

rebel starter Dylan DeLucia was nothing short of great, allowing no runs through five and a third innings on 108 pitches, with nine strikeouts and only four hits.

After both starting pitchers mirrored two strikeouts and a flyout in their respective firsts, Ole Miss had an opportunity to get some runs in the top of the second. With an out, Alderman caught a pass ball after knocking out. After two outs, Alderman moved up to second place on a Chatagnier walk. Harris then singled and the rebels had the bases loaded. Wood entered but couldn’t move the runners and punched out.

DeLucia had some problems but got out at the end of the second. After an out, Slade Wilks doubled into midfield. Danny Lynch was then hit by a DeLucia pitch, and the Golden Eagles had something with first- and second-place runners and a deficit.

But then DeLucia, now 6-2, got Will McGillis flying to right field and Gabe Montenegro to foul the catcher. And a goalless game went into the third.

On top of the third, Ole Miss scored the first two heats of the competition. justin banks walked four straight pitches from Waldrep, and Gonzalez followed with a four-pitch walk.

Elko then singled through the left side of the infield to score Bench. After Graham struck, Elko and Gonzalez moved up one base on a pass ball. Alderman pulled one hard left, but he was about to exit the park. However, Gonzalez came home to score and it was 2-0 for the Rebels. So it was after two and a half innings.

DeLucia’s bottom of the third was an efficient mix of outs – a ground out, a strike out, and a fly out – as he faced three batters. At the head of fourth field, Ole Miss continued another run as Chatagnier doubled, and after a strike from Harris, Wood doubled down the right field line to score Chatagnier.

At the end of the fourth, USM grabbed a one-out triple from Christopher Sargent, who almost left the stadium. But DeLucia calmed down immediately, getting Wilks to strike and Lynch to fly out. And by the end of four innings, the Rebels were leading 3-0.

Southern Miss almost took the lead in the bottom of the fifth. With the bases loaded, Reece Ewing sent one out of the park that was called a foul but was checked. The call stood, and after DeLucia knocked Ewing out of the race, play progressed to the sixth.

That’s where Ole Miss progressed into double digits, and that’s where it was basically complete.

Jack Dougherty came on to relieve DeLucia after five and two-thirds and kept the Golden Eagles at bay by picking up his second save of the season. In the final 3.1 innings, Dougherty knocked out a batter but let his defense do its job, and no Golden Eagle reached base with 10 batters.

Elko led the Rebels offense, going 2-on-5 with three RBI. Harris also had a two-hit day, Wood reached three times, and Graham had a two-RBI game.

Game two between the Rebels and the Golden Eagles is scheduled for Sunday at 3:00 p.m. CT. The game will air on ESPNU and the call can be heard over the Ole Miss Radio Network.

Keep up to date with the latest news and information about the Rebels by following Ole Miss Baseball on Twitter at @OleMissBSB, on Facebook at Facebook.com/OleMissBaseball, on Instagram at Instagram.com/officialolemissbsb and on TikTok at @olemissbsb. Also follow Head Coach Mike Bianco on Twitter at @CoachMikeBianco.